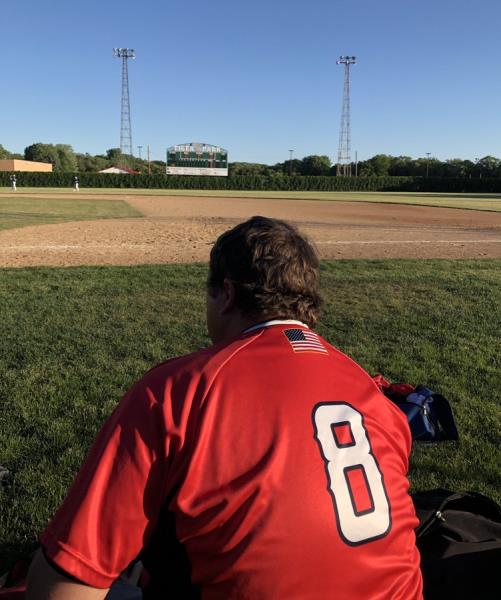 Another Tigertown Classic is in the books – this one, the 22nd (or so), with 10 games over three days, long days at the ballyard and probably one too many pork burgers. The Tigers won once and lost twice, raising their season winning percentage (2-10, 0-5 RVL).

Over the next two weekends, the Tigers – who work approximately 100 game shifts when covering the Classic – will now get to enjoy being the guests at the Miller Lite Invite in Green Isle and Hamburg, and at the Hinckley (MN) Invitational.

The Tigers will start out on Saturday with the Isanti Redbirds at 11 am in Green Isle. Against either Carver or Chokio, our lads will play again on Saturday – at 3:30 pm if a loss, at 5:45 pm with a win. Either way, the game will again be at GI’s Irish Yard.

Depending how things unfold, the Tigers could play twice more on Sunday. Follow bptigertown.com or our social media channels on Facebook and Twitter to stay abreast of the details.

As for the Tigertown Classic, the Waconia Lakers took the title with wins over the Shakopee Coyotes (11-0), the Minnesota Lake Royals – winning 5-4 after trailing 4-0 – and 9-3 over fellow Crow River Valley League competitors, the Hamburg Hawks. Find the final results at bptigertown.com/TTCl.htm.

The Tiger Train didn’t get busy until their final three outs, when Jon Schimdt’s RBI double cut the deficit to 4-2 while putting runners at second and third base with nobody out. A balk and a sacrifice fly later, we were headed to extra innings (remember: tourney games are only seven innings).

The Royals’ Ethan Sindelir single-handedly produced the go-ahead run in the ninth inning, ripping a ground-rule double, advancing to third base on an infield single and then making a daring dash home on a wild pitch that just beat the throw.

After making such a heartening rally in the seventh, the Tigers were one hit away from victory in both the eighth and ninth, but each inning ended with the bases loaded. The disappointment of the moment caused all Tiger Alumni in attendance to jettison the ballpark (just kidding – I think) while setting up a stinker of a team photo opportunity.

Kerkow was his own best help, leading the locals with three hits. Josh Terrio collected two.

Perennial power threat Zak Hoffman got the Coyotes off on the right foot right away, belting a home run for a 2-0 lead. Belle Plaine’s Tyler O’Brien soon answered in kind, clanking one off the scoreboard to tie things up, 2-2.

In the third inning, Los Tigros finally got the hits they were looking for late in Friday night’s game when they batted around, scoring five times on four hits. Rookie Ben Groff delivered a two-out, two-run single to highlight the rally.

Jon Schmidt, who just so happens to wear Babe Ruth’s No. 3 jersey – of course, Jeff Gansen’s, as well – clubbed yet another extra-base hit, this time a triple, before scoring on a wild pitch for a 6-2 lead.

That’s where the score would stay, as Jake Mercado completed five impressive relief innings to close out the victory. The talented “college ballplayer” allowed no runs, just two hits and struck out eight.

The Tigers started out sluggish and were not able to bounce back against the Melchior-laden Minneapolis Mudcats. Zac Dahlke got the start on the mound and labored through three innings as if heavy with child. (He’s actually in the best shape of his life, but the metaphor was convenient.)

The Mudcats scored eight runs across the first three innings, plating at least one run in each of the first five innings. Tyler O’Brien came in for relief of Dahlke, impressively recording half of his 12 outs via strikeout.

Kerkow and O’Brien lead the Tigers offensively. O’Brien had a double and three RBI, while Kerkow stayed hot with another two knocks. Josh Terrio, Jamie O’Brien, Groff and Garrett Boblitt all had one hit.