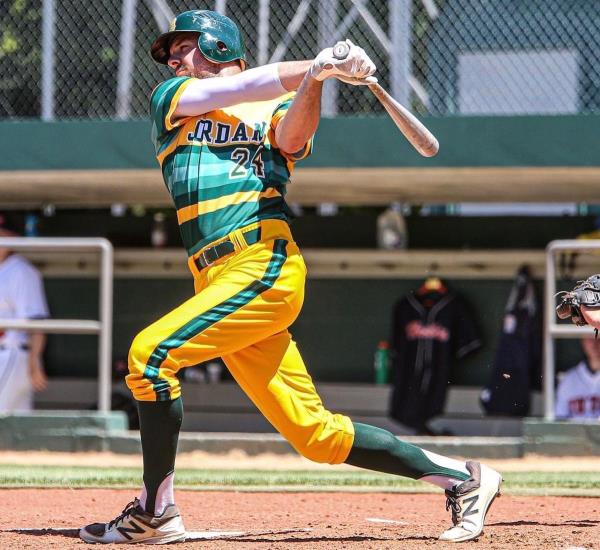 Brewers open season with three victories on the diamond
Posted on May 20, 2021

Can the Jordan Brewers make it two state titles in three years this summer?

That will be goal for the Class C amateur baseball team. Last season, the Brewers finished with a 22-5-1 overall record, losing 7-5 to Fairmont in the third round of state play.

The Brewers have opened this spring with three straight wins, including 9-1 over Gaylord May 10 in River Valley League play. Jordan earned an 11-8 league win at Arlington April 25 in the season opener.

The Brewers also downed Shakopee 13-0 on the road May 2 in seven innings.

In beating Gaylord, Jordan broke the game open with three runs in both the fifth and six innings to go up 9-1. Nate Beckman earned the win on the mound, working six innings and allowing two hits and one run while striking out 11.

Joe Lucas led the way at the plate, finishing 3 for 4 with an RBI and two runs scored. Scott Hollingsworth finished 2 for 3 with a pair of RBIs, while Alex Beckman doubled and drove in two runs.

Dylan Peterson finished 2 for 5 with an RBI for Jordan, while Greg Quist and Adam Kalal also drove in runs.

In the win over Shakopee, the Brewers led 7-0 after two innings and never looked back. Alex Beckman doubled and drove in three runs to lead the offense.

Nate Beckman was 3 for 4 with a double, three runs scored and an RBI, while Michael Vohnoutka also drove in two runs. Lucas finished finished 2 for 3 with an RBI, while Peterson, Hollingsworth, Devyn Ulibarri and Zach Barnes also had RBIs.

Jordan used four pitches in the game to combine on the four-hit shutout. Nate Beckman struck out four in three innings of work. Alex Beckman worked two frames and had two strikeouts, while Jacob Allen and Lucas each worked one scoreless inning.

Against Arlington, Jordan scored five runs in the fourth inning to build a 10-2 lead.

Five of Arlington’s eight runs were unearned. Nate Beckman struck out four batters in his two innings, while Alex Beckman had three strikeouts.