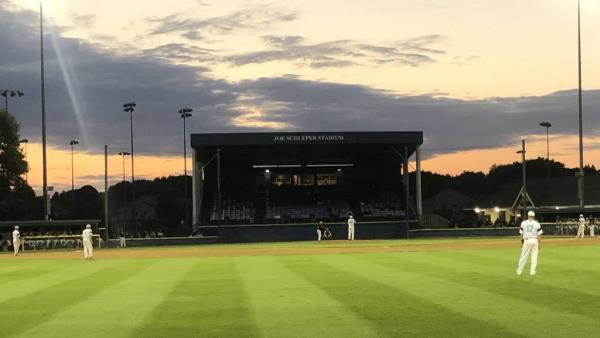 The Shakopee Indians kept their state tournament hopes alive with a playoff victory on Wednesday night.

Shakopee was in a win or go home scenario against Excelsior at Schleper Stadium on Wednesday night after losing its opening playoff game to Burnsville.

The Indians had some tense moments late in the game against Excelsior but persevered to earn a hard-fought 7-4 win.

That win advanced Shakopee to the second round of the loser’s bracket where they will play Prior Lake in another elimination game of the Section 3B playoffs on Friday night at Schleper Stadium.

The winner of the game between Shakopee and Prior Lake would clinch a state tournament berth as the top four teams from Section 3B qualify for the state tournament. The loser would see its season come to an end.

The Section 3B playoffs will continue next week with seeding games for the final four teams still alive. Those games start on Sunday and will run through the week.

Victoria and Burnsville will play in the other loser’s bracket game on Friday night with the winner qualifying for state.

The Indians appeared to be cruising to victory as they built up a 3-0 lead through six innings.

In the seventh, Excelsior tied the game at 3-3 as Nathan Lindberg drilled a three-run home run.

Shakopee didn’t panic and answered right back in the bottom of the seventh with two runs of its own for a 5-3 lead.

That rally started with a leadoff walk to Tom Koenen and an Excelsior error that put runners on second and third with no outs.

After a walk loaded the bases, Dominick Schleper grounded out to the shortstop to score Koenen from third base for a 4-3 lead. Kolin Williams made it 5-3 with another groundout to shortstop.

Excelsior wouldn’t go away as they cut the lead to 5-4 in the eighth but Schleper came through with a two-out bases loaded single to bring in two runs for a 7-4 lead in the bottom of the eighth inning.

Alex Schneider pitched a 1-2-3 ninth inning to save the 7-4 win for Shakopee.

Schleper was the offensive star of the game for Shakopee as he went 4 for 5 with three RBIs in the win.