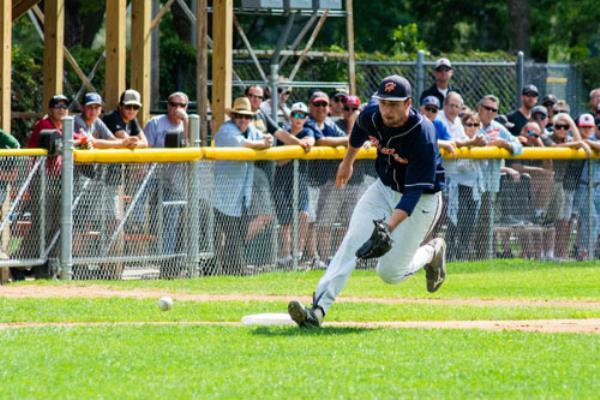 The tie goes to the runner, right? Well, in this edition of the Class C rankings we’ve got three ties in the top 10.

Jordan remains the unanimous choice for the No. 1 spot but our pollsters couldn’t decide between Hutchinson and Buckman for the No. 2 spot so they’ll share it.

Waconia’s gotten off to a tremendous start, including a 2-0 win over Chaska Tuesday and the Lakers climbed to No. 4 from No. 8 in the preseason poll. Young America climbed a spot to No. 5 and it shares that spot with the Sartell Muskies after the Muskies shared the No. 8 spot with Waconia in the previous poll.

Cologne climbed into the top 10 this time to rank No. 7 after garnering votes in the preseason poll.

Raymond, Watkins and Fairmont all appear in the top 10 this season. The Rockets enter at No. 8, the Clippers at No. 9 and the Martins at No. 10.

8. Cologne Hollanders — 6-1 - they just keep getting better, big matchup with YA.

1. Jordan Brewers — Except for a big loss to Loretto (11-1) the Brewers are playing as hectic a schedule as anyone and playing very well, with a 7-2 record heading into the weekend.

3. Buckman Billygoats — Buckman is off to a 3-0 start in the Victory League East Division.

4. Watkins Clippers — A 12-7 victory over St. Nicholas is a notable early victory for the Central Valley League power.

5. Raymond Rockets — Raymond is 5-1 in the Corn Belt League, with only a 6-1 loss to a very good Bird Island club on the field.

6. Sartell Muskies — Sartell is off to a 3-0 start in the Sauk Valley League, including a 7-2 win over the Sartell Stone Poneys and a 9-4 victory over the Dassel-Cokato Saints.

9. Cologne Hollanders — There are some good teams in the Crow River Valley and right now, the Hollanders might be the best.

10. Milroy Yankees — The Yankees have played a full schedule since the season started, including two games in South Dakota. They were 3-0 in the Corn Belt League and 8-2 overall heading into weekend play.

1. Jordan Brewers — 7-2-1, defending their title against all takers.

3. Buckman Billygoats — Three wins on the young season and leading the Victory League.

4. Hutchinson Huskies — Also three wins on the season and so far leading the way in the North Star.

5. Young America Cardinals — 3-0 so far have scored over 40 runs in three games so far and looking to challenge the Waconia Lakers.

6. Delano Athletics — 5-1 Playing well and looking to challenge Hutch in the North Star.

7. Cologne Hollanders — 6-1 and looking to continue the good run they had in the state tourney in 2019.

9. Fergus Falls Hurricanes — 4-2 and one of the strong teams in the great North.

10. Richmond Royals — 4-1 in the Stearns County and playing very well.

1. Jordan Brewers — The Defending champs, have a couple of non-league losses, but off to a fast start again in the RVL and hold on to the top spot.

2. Buckman — The Goats are off to a good start in the Victory League and hold onto the No. 2 spot in my poll.

3. Waconia — Since these guys were not in the state tourney last year, forgot to put them in my top 10, my bad. Talented squad in the Crow.

4. Hutchinson Huskies — Nice wins against Loretto, Maple Lake and Dassel Cokato to kick off the month of July.

5. Young America Cardinals — Cardinals stay steady at 5, best burgers in the state if you are looking to take in a game.

6. Sartell Muskies — My preseason poll definitely forgot a few teams, including the team I refer to as the Northern Fish.

7. Red Wing Aces — Play a tough schedule with a lot of matchups against B teams.

9. St Patrick Irish — A favorite in the DRS, always a solid squad.

10. Bemidji Blue Ox — Not Sure how their season is going, but love the nickname, Go Blue Ox!