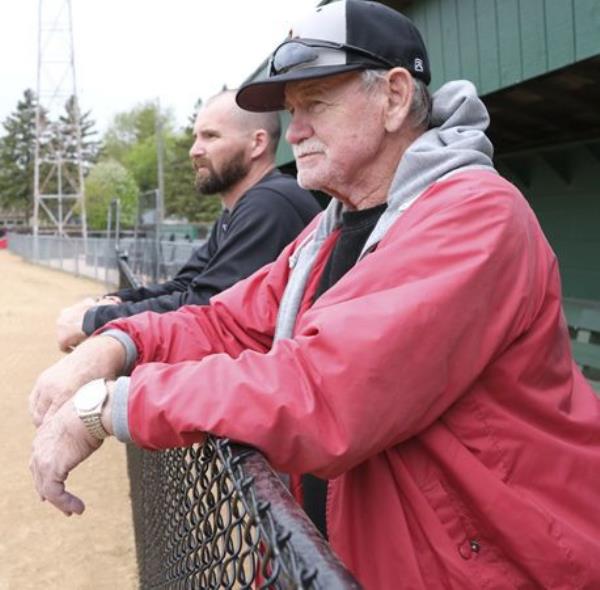 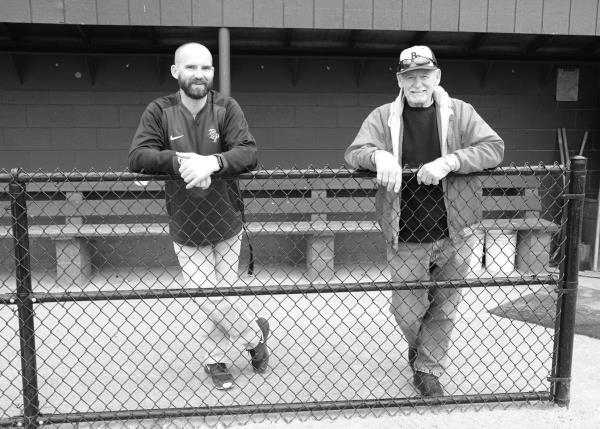 With Season in Limbo, Town Tigers Search for Outlets
Posted on May 18, 2020

As COVID-19 continues to shut down beloved events around the world, the Belle Plaine Baseball Association and its associated teams, like the Belle Plaine Tigers town team, remain on ice eager for some semblance of a season to get underway.

The downtime does not mean, however, that work at Tiger Park will wait for the governor’s orders. The infield and outfield grass continues to grow; the ivy lining the park's perimeter continues to need maintenance;  the latex paint covering the grandstand continues to incrementally peel from the chemically weather-treated wood.

For Johnny Miller who, along with Joe Huber, maintains Tiger Park, not much has changed since COVID-19 began causing widespread shutdowns. Many are likely to come to the conclusion that Miller’s efforts are part of a selfless attitude, but Miller says he’s just doing his job.

“It keeps me out of trouble,” Miller said. “It’s just something to do. I don’t fish anymore.”

Now despite a lack of games taking place at the park, Miller and Huber continue to  mow the field’s grass about every four or five days.

Beyond the routine improvements, the association has been using the quiet time to make larger scale improvements as well.  A new batting cage became a new addition to the field recently. The association added fences 20 or so feet in length in front of both dugouts, both for safety and to be a place for players to rest, according to Pat Schultz of the association.

Additionally, the association is making plans to install a 90-foot safety net in front of the fan section on the first base line.

Of course, the association would rather spend their time participating in baseball games than constructing, Schultz said, but without a green light from the state, amateur baseball associations around the state like Belle Plaine’s are left without an outlet.

Schultz remains cautiously optimistic that some form of season may take shape because adult players are able to be flexible with dates, and he says the Belle Plaine town team would be happy to play a truncated season with a start date as late as July.

“Everyone’s willing to play and most people are pretty sick of this,” Schultz said. “As soon as we find out we’re ready to play, we’ll play the next day.”

With town team playoffs being set for August, Schultz, who also coaches the Belle Plaine High School baseball team, says a month of games would be more than enough time to sort out rankings and determine postseason brackets, so he and the rest of the association will keep their ear to the ground for updates from the Minnesota Baseball Association and the governor’s office.

For now, some town team players continue to get pitching and batting practice and independent workouts in.

The cancellation of two abutting seasons, the high school and Legion baseball seasons,  will mean that players will be away from the sport for a year or more.

“You just kind of worry that kids will miss over a year of a sport and not ever come back to it,” Schultz said. “That’s kind of what I worry about. I hope we don’t lose kids.”

“I hope kids don’t lose a passion for it,” he later added.

The town team state baseball tournament set to take place in New Ulm is yet to be called off, and the Belle Plaine Baseball Association continues to echo the state association’s sentiments that they want Gov. Tim Walz to allow a baseball season to take place. As of Monday,  May 11, the state association was awaiting a reply from the governor’s office regarding an open letter they submitted calling for the season to be allowed.