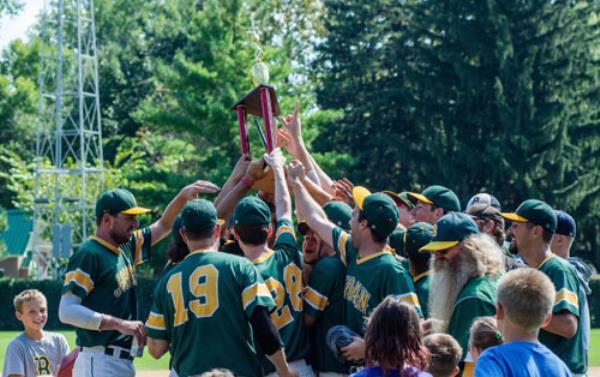 Jordan: Class C rankings: Preseason edition, see where everyone stacks up
Posted on May 17, 2020

As everyone anxiously awaits baseball’s return, we’ll get things kicked off with a look at the preseason top 10 rankings for Class C.

There wasn’t much doubt that defending champion Jordan should start the season at No. 1 in the rankings with all four pollsters voting them No. 1.

Last year’s runner-up, Hutchinson, came in at No. 2 with near unanimity, followed by upstart Buckman, which fell in the semifinals to Jordan.

Red Wing’s run through the tournament captured the attention of the pollsters, who voted the Aces into the No. 4 spot.

Another team that captured a lot of eyes behind a gaudy record entering the state tournament was Waterville and the Indians will start the season with the No. 5 ranking.

Young American, which played a 17-inning thriller against the Billygoats came in at No. 6 while Bemidji’s big run saw them climb to the No.7 spot.

Waconia received some attention for its season to earn the No. 8 ranking, which it shares with perennial power Sartell, which fell in a 1-0 nailbiter to Sauk Centre. Delano’s impressive season wasn’t overlooked despite the Athletics falling in the region playoffs and they rounded out the top 10 at No. 10.

Oh, in case you missed it, pollster Tom Elliott moved from the St. Cloud Times to the West Central Tribune, give him a follow on Twitter if you haven't already. In fact, give all the pollsters a follow. Jason Kuerschner will let you know when the first batch of the best curds in baseball are ready in Cologne, along with CRVL info. Aaron Worm has the DRS covered and has done an excellent job creating an all-decade team for the DRS and running broadcasts of previous games. And Chad Knutson will keep you up-to-date with southwest Minnesota baseball info.

2. Hutchinson Huskies — Played a great 2019 season and had a wonderful run at the 2019 tourney, expect to see a lot of the same from this group going into 2020.

3. Buckman Billygoats — A young, tough group of players that showed a lot of grit and tenacity during the tourney.  I look to see them take control of the Victory League and return to the tourney for a repeat of 2019.

4. Waconia Lakers — Arguably one of the best teams in the CRVL, but were unable to participate in the playoffs last year. They have a mature core to lead the many quality young players coming up.

5. Red Wing Aces — Two consecutive years of good performances in the state tourney, looking for some more good things to come out of this ball club in 2020.

6. Waterville Indians — Had a great season and good tourney, can they repeat that, I think so.

7. Young America Cardinals — Placed first in Region 7C last year and played a marathon game against the Billygoats in the tourney last year. They have a lot of talented, youthful players, I look for continued success out of this group.

8. Cologne Hollanders — The darlings of the 2019 tourney, first time in the tourney since 1972 and they brought their fans. This is a young team that is just starting to realize how good they can be. But Region 7 is no cake walk, they will need to continue that great play all season. Also they are the last team that beat the 2019 champions.

9. Fergus Falls Hurricanes — Perennial tourney team, took the champs to 12 innings, look for them to make it back to the tourney from the north country and make some noise again.

10. Bemidji Blue Ox — Another north team that had a good showing at the tourney, I look for them to continue their strong play and make a return trip to the tourney in 2020.

1. Jordan — The defending champs are locked and loaded to defend their title. I assume Paul Buss is growing out the beard, after a celebratory shave in September.

2. Buckman — The Goats got tripped up by Jordan in the semifinals last year, always a good team from the Victory League.

3. Waterville — After an impressive regular season, they advanced to the final eight last year.

4. Hutchinson — Knocked off my pick to win the whole thing in New Market in the final four, and had to settle as runners-up last season.

5. Young America — A lot of young talent that will continue to be a force for years to come.

6. Red Wing — Another team with plenty of youth, and they always play a tough regular season schedule.

7. New Prague — Have you heard, the Orioles picked up Zach and Lucas Herd from Green Isle in the off season. The O’s looking to be the team to beat in the DRS, with New Market moving up to Class B.

8. Plato — Had a down year last year, just can’t see that happening again.

9. St. Patrick — Their state tournament came to a quick end running into a tough lefty from Cold Spring in the opening round. Led by DRS Triple Crown winner Seth Ambroz.

10. Bemidji — Always one of the best teams from northern Minnesota

1. Jordan Brewers — They're defending state champs. They're No. 1 until they prove otherwise. With MVP Joe Lucas and player/manager Scott Hollingsworth and company, you know they're going to be a good team this year no matter what happens. I expect Jordan to be in the mix at the end of the year, one way or another.

2. Hutchinson Huskies — Hutchinson always has had good baseball and it really came together for the Huskies last year. I expect to see them and 52-year-old Kyle Messner at state again.

3. Buckman Billygoats — The Victory League always has a serious state title contender come out of Region 8C every year. Buckman was a state semifinalist last year and should be strong in 2020.

4. Bemidji Blue Ox — It's my opinion that the northern teams get overlooked a bit, mostly because traveling to the state tournament is difficult. The teams usually are short starters because they can't get to the game. Bemidji demonstrated what happens when you have your “A” lineup last year.

5. Red Wing Aces — Another tradition-laden program with a long history of success. I expect Red Wing to be good again.

6. Waterville Indians — Another team that made it to the state quarterfinals last year, Waterville will be one of the top teams in the 13/60 League.

7. Watkins Clippers — Expect the Clippers to be one of the top teams in the Central Valley League, which always has a team make a run at state every year.

8. Raymond Rockets — Always a factor in the Corn Belt League, Raymond is definitely a team to watch.

9. Sartell Muskies — Sauk Centre beat them 1-0 in the second weekend of the state tournament, but the veteran Muskies will be one of the top 10 teams in the state, as they have been for the past decade.

10. Farming Flames — They came out of nowhere last year and made a surprising run at state. The Stearns County League remains extremely balanced, but they're coming off as strong a 2019 finish as anyone.